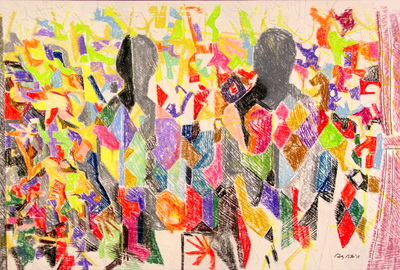 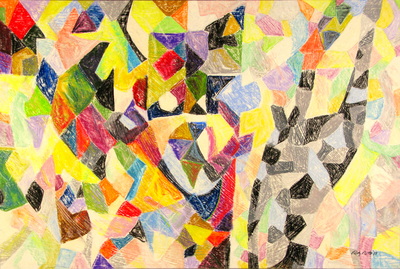 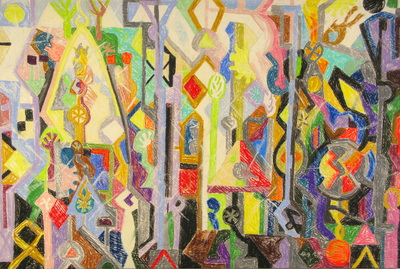 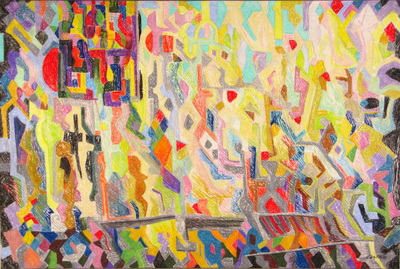 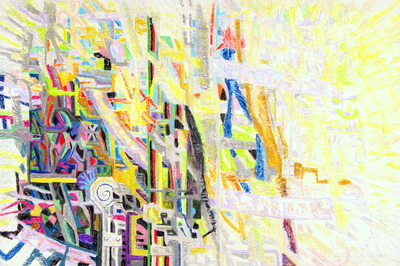 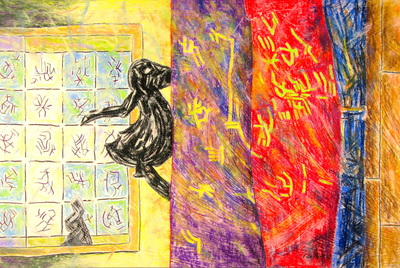 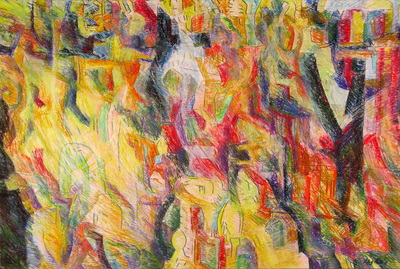 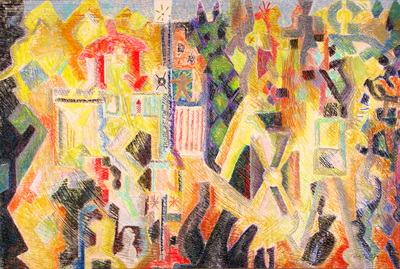 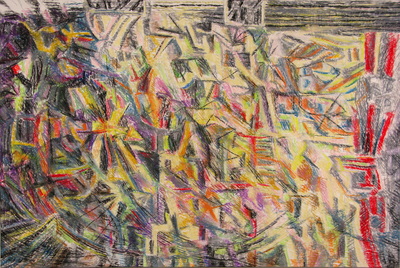 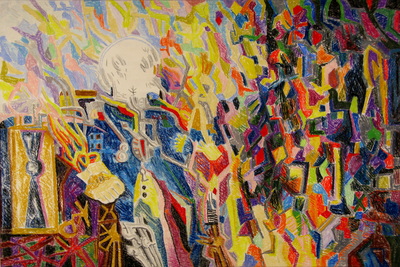 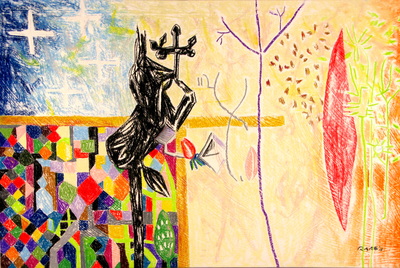 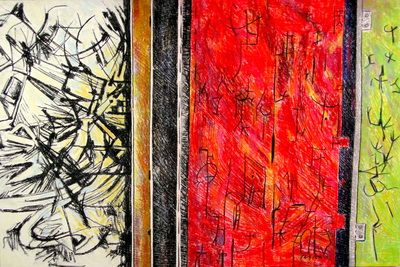 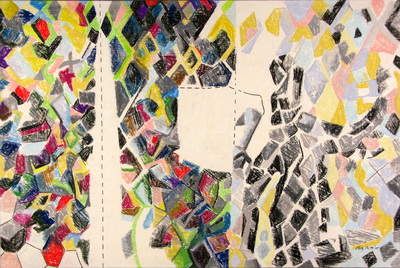 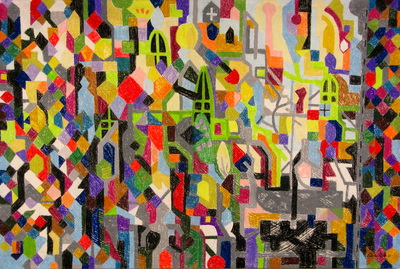 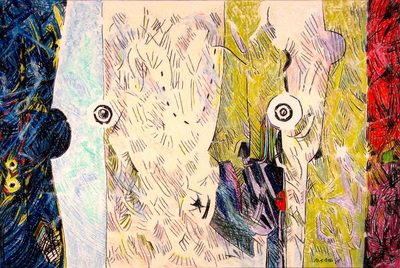 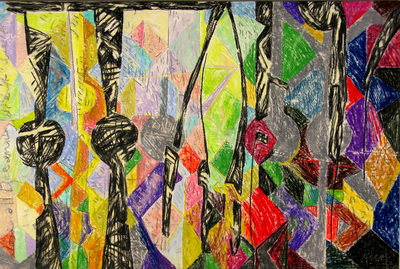 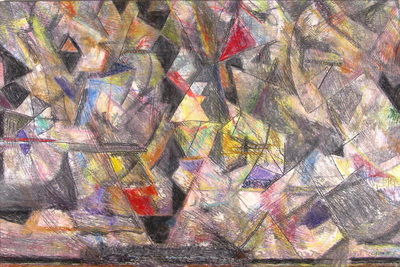 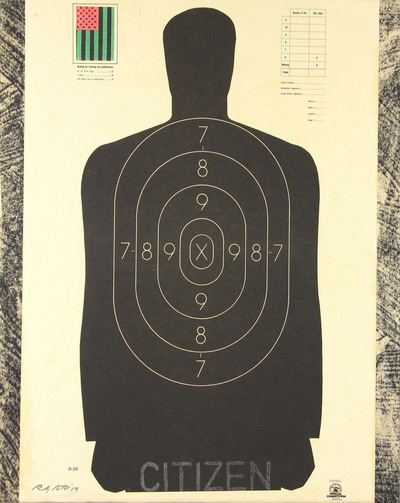 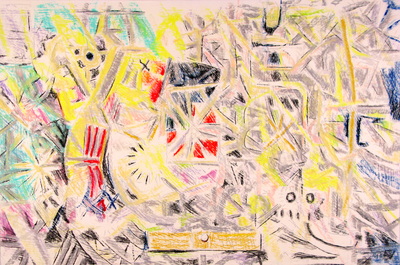 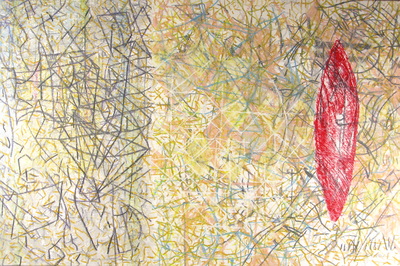 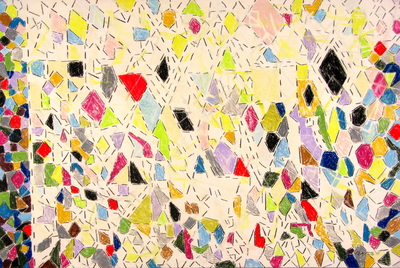 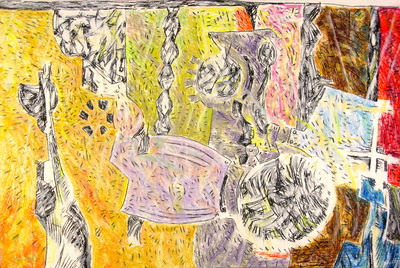 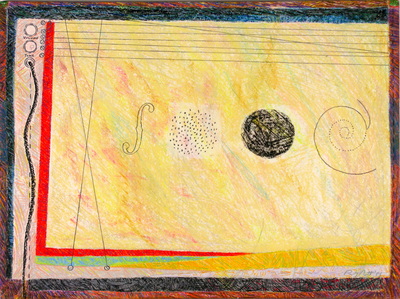 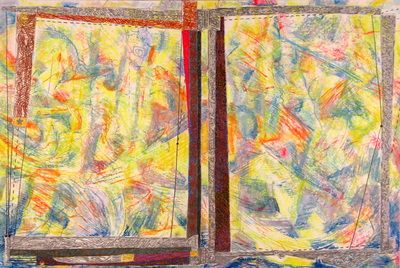 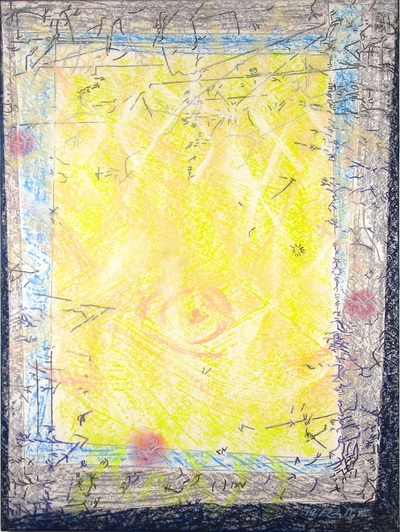 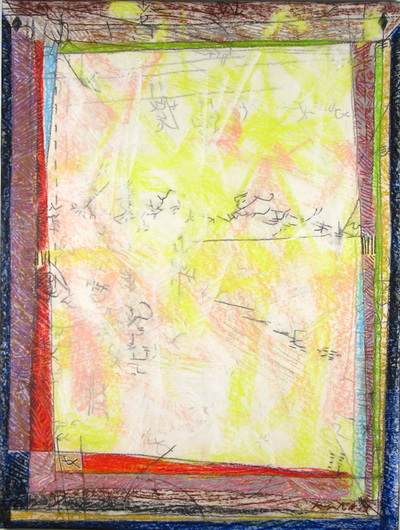 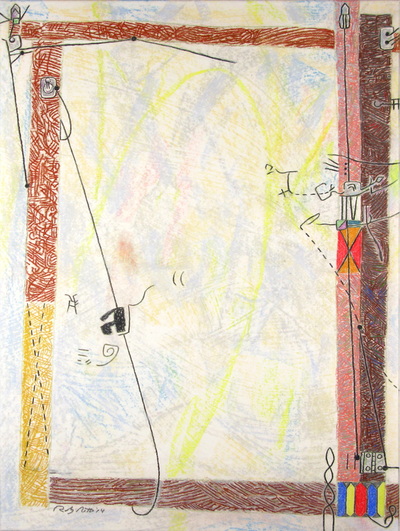 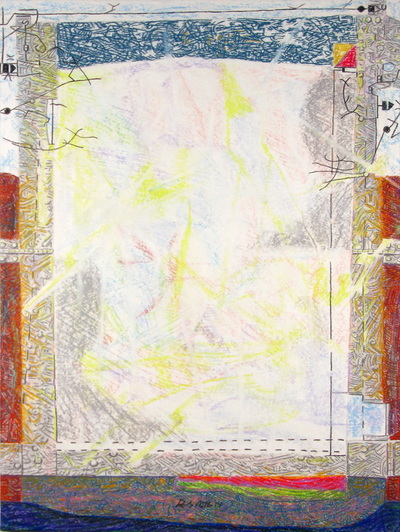 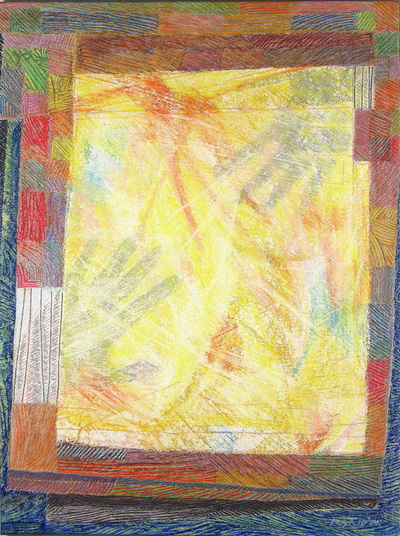 De Refter, Ubbergen, 3 oct - 1 nov -- Twenty-nine original works of art Lost Angels created by Miami-based artist Randy Nutt especially for this space and shipped to Ubbergen from Miami are on exhibit throughout the month at the chapel gallery of  "De Refter" in Ubbergen.  Meet the artist and view the works at the exhibit which is open to the public free of charge every Saturday and Sunday from 1300 - 1700.

What were the events that led up to this exhibit? In December 2012, Dr. Eelke Jongejans, a resident of De Refter and an assistant professor of ecology at Radboud University Nijmegen, journeyed to Miami for a mathematical ecology conference. He had co-organized a symposium at this conference with an ecology professor at the University of Miami who is married to the artist Randy Nutt.  After the conference Eelke and his student attended a dinner with the co-organizer and her husband. While dining outdoors on a moonlit Miami night at a roof top restaurant, the discussion turned from science to art. Eelke mentioned the existence of the chapel gallery at de Refter and its dedication to showing the artwork of living contemporary artists.  He suggested Nutt look into whether it was appropriate to exhibit his work there.

From the first mention and description of this space, Nutt was intrigued. "Light bulbs and large projection screens exploded in my imagination," he recalled the moment. "The idea of art in a chapel, a large space with abundant light, reverberating sound, stained glass intercepting the light from above, the meditative special effects of religious ceremony," he continued to explain.  He looked up the website of the Kunstgalerie Notre Dame des Arts after getting home from dinner and was further inspired by the photographs of the actual space, the light and the history of the site.  He started making pictures in his mind connected to the space and to the conceptual themes it inspired.  On that first night, he says "I already started to imagine the gallery space, since I know a little about chapel design: the sanctuary, the apse and the stained glass. Isn't stained glass great? Wouldn't it be interesting to try to capture a bit of that quality in pictures?"

He sent in a note of inquiry in the fall of 2013 about being considered for an exhibit for the 2015 season. Months went by with no response, but then in March of 2014, Nutt received a note from Hidde Blom "on behalf of the members of the Notre Dame des Arts" inviting him to send some examples of the kind of work he would like to exhibit. He sent a few examples of recent works, but did explain that he would make new work specifically for the exhibit.  And then in January of 2015, Nutt was delighted to receive a contract to exhibit at the Gallery during the 2015 season. He asked a Dutch friend to translate the contract, he picked a month and signed the contract. And, as he said at the opening on 4 october, "Ten months, many drawings (mostly made specifically for this space) and lots of logistical arrangements later, here I am!"

What is the medium, type of work, source of design? Many of Nutt's prior works in different media were somewhat reminiscent of stained glass, made of up fragments portrayed by abstract shapes and translucent colors, but the series of works in the current exhibit even more so. The works in this exhibit are mainly pastel drawings on paper mounted on canvas, made using pastel sticks and pastel pencils. The works are principally one of two sizes, 61 x 91.4 cm and 61 x 45.7 cm.  They are characterized by a build-up of layers of rich blocks of color with a velvety luminosity emanating a lot of colored light and an undercurrent of movement. Also, Nutt says, "In preparation for this series, in my notebooks,  happiness of happiness, I found sketches I had been working on: drawings for pieces made of glass-like structures with metal and wood.  I picked out several sketches and started working, even before I had been sent an invitation or a contract."

What is the conceptual theme of the exhibit? "Even if I did not get the offer to exhibit at the Notre Dame des Arts, the idea of works for a chapel gallery is a fantastic subject," said Nutt. "What better place to approach the subject of human potential (sometimes unrealized) and discovery (sometimes great) than a chapel." The title of the exhibit, Lost Angels, makes reference both to the history of the site and the conceptual context of the art works.  The site was once a convent and a boarding school for girls, "Notre Dame des Anges." Behind the idea of the art is that humans have the potential to do great things (creatively and technically), but this may go unrealized as things get in the way.  Negative external input makes the struggle to find the positive happiness overwhelming. Nevertheless the internal, portable, positive energy of the individual, though dormant, can become awakened and a great source of happiness if it is allowed to be free. This is a personal matter. Perhaps there will be others who can share in our sense of exploration and discovery, or it may be a solitary journey.

Each of the pictures in the exhibit concerns a particular aspect of the struggle, like having to put happiness on hold while being constrained by a time-consuming, energy-draining stifling job (Happiness Storage), like trying to focus on a solution to a difficult problem (Thinking is Fun), the decision to use (or not use) an ability to passage from one reality to another (The Last Astronaut), the chaos caused by trying to follow conflicting orders (Fold on Dotted Line), feeling like you are not the right kind of being (Alternate Creature), refusing to access known solutions to our most significant problems leaving them behind (Abandoned Portals),  the sharing of the visual experience and its meaning between the artist and the viewer (You and Us), to name a few.

Nutt invites you to participate, "Once the pictures leave my hands, they live on in your seeing, your feeling, your response, your conversation with them and with yourself."

Paintings            Collages            Mixed Media            Drawings
©Copyright Randy B. Nutt.  All images (paintings, designs, drawings, collages, pictures, in whole or in part) on all pages of this site are protected against unauthorized reproduction or electronic transmission by copyright law and international agreement. Any use of these images by any person or entity must be preceded by written consent from the artist Randy B. Nutt. Thank you.